Why BlackCoin has a bright future

A note on the current cryptocurrency environment and why BlackCoin has a bright future.

Today’s cryptocurrency marketI’ll be blunt here: The current state of the cryptocurrency market is only harming the future of digital currencies. Every week we see new coins rise fast on hype and speculation. Just as quickly we watch them fall down hard, burning newer investors that don’t have the experience that cryptocurrency veterans have. Often it is small groups or the coin developers themselves working solely to create hype for these coins because they are the ones who take most of the profit - they stack a significant percentage of the coins before the hype begins. Unfortunately, these groups will go as far as to attack good coins and good communities to bring more money into the coins they control for maximum profit.Hype without substance never lasts, but it’s hard for many investors to identify true substance in this market.  BlackCoin is not built on hypeBlackCoin is building long-term infrastructure. Our goal is truly mass adoption and real-world use. In months of experience with the BlackCoin community and interacting closely with BlackCoin leaders, I’ve noticed a lot of little things that give me a lot of confidence in BlackCoin’s future. Do you see the leaders here hyping buys like many communities? No, they’re not working to create short-term pumps. Those don’t last. The community leaders here spend their time advancing the long-term future of BlackCoin, not advancing forum hype. Notice as well that this is one of the few communities in which the leaders aren’t anonymous. Our leaders aren’t afraid to show face. This is the only community I’ve been a part of that seems to care about crypto first and profit second.Look at the things the BlackCoin community has achieved so far. We’re on fiat exchanges for five major world currencies. We campaigned for addition to CoinKite - an honor that to this day belongs only to BTC, LTC, and BC and allows us to push easier into point of sale applications. We were the first digital currency to hire a real, professional PR firm in an attempt to extend our reach past the walled garden of cryptocurrency into the real world. We have people working hard to cement BlackCoin as a true world currency, promoting our ideals and advantages to the Chinese and Asian markets. We’re continuing with new ideas, projects, and developments every day aimed at building the blocks we need in place for mass adoption.BlackCoin is here to stay.Skilled developers choose BlackLook to our main developer. He was the first to take proof of stake past the hybrid stage to a 100% PoS network. His work so far shows that he is one of the top developers in crypto. Look at our multipool developers. They developed one of the most advanced multipools out there. Look at some of the developers working on current projects. BlackHalo/NightTrader will be the first standalone clients for smart contracting and decentralized exchanging, and there is good reason they are being developed first for Bitcoin and BlackCoin. Look at the release of the Android wallet, a big deal considering that no proof of stake coin had released one in the past.And there is so much more happening for BlackCoin. Check here for an overview of most current BlackCoin projects:http://www.reddit.com/r/blackcoin/comments/27lz3h/blackcoin_projects_overview/Proof of Stake IS the innovationEveryone has noticed how BlackCoin changed the cryptocurrency landscape. Nearly everything new is proof of stake. PoS is a fanastic innovation in digital currency. It may be THE future of cryptocurrency. We all know the advantages. Yet, BlackCoin is one of the only coins clearly working to advance the proof of stake protocol itself. Rat4 is doing exactly what developers should be doing to ensure PoS can thrive. He is focused on making BlackCoin’s proof of stake system secure and rock-solid. Check out the BlackCoin codebase on GitHub. Rat4 works constantly on this coin. And lately it seems more coin developers are pitching in on GitHub. There simply is not a competitor with BlackCoin’s rapid development. ‘PoS 2.0′ is going to be big for the future of this coin and proof of stake as a whole.BlackCoin is quickly being noticed in high placesIn the last week, BlackCoin has been in a few very high-profile places. CitiBank mentioned BC along with LTC and DOGE as coins with ‘significant’ transactions that could gain much more market share. The Wall Street Journal MoneyBeat noted BlackCoin as a possible Bitcoin alternative. Very, very impressive for a three month old currency.http://www.coindesk.com/citi-bitcoin-debit-credit-card-issuers/
http://blogs.wsj.com/moneybeat/2014/06/05/bitbeat-blackcoin-tries-to-stake-its-proof-as-legit-bitcoin-alternative/Value will comeBlackCoin has everything it needs to grow much, much further than it has so far. This shouldn’t be a coin you buy hoping to sell the next day for a small profit. Think big. Think long. BlackCoin is the only altcoin I’m comfortable in taking a long position. We have the innovation, development, infrastructure and community to make waves in the world. We need to stay strong, keep growing our active community and work towards more adoption. BlackCoin will go as far as we push it as a community. We have something special here. We’re all involved in the early days of a coin with the potential to make it to the top.Be a leader for BlackCoin.One way you can help do your part is to become active in the community. In the last couple of months we’ve developed one of the most active coin communities on Reddit. We have a large Twitter base. We have a public teamspeak server with people on it every day talking about advancing BlackCoin and gaining more adoption. Becoming active on these platforms and helping spread the word or contribute new ideas and resources to projects and development helps your investment immensely! Think and talk about how we can innovate and bring BlackCoin to the world. Be a leader for BlackCoin. Make the choice that many here have already made.Reddit: http://www.reddit.com/r/blackcoin/
Twitter: https://twitter.com/coinblack
Teamspeak: ts.blackcoin.co

Thank you KingSchultz for this note! 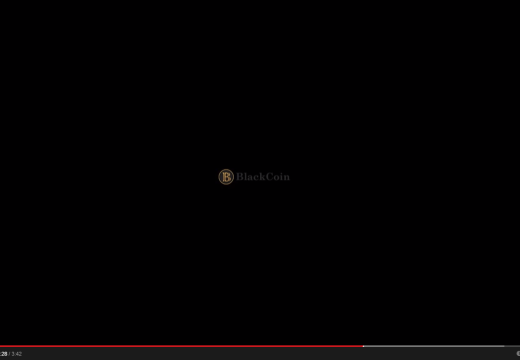 A song about Blackcoin.. Credits to L3p for this wonderful song The following two tabs change content ... 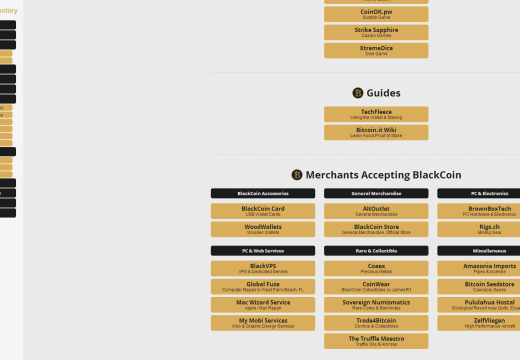 Blackcoindirectory.com is a usefull site where you can find all your needs in a view. ...