FIBONACCI AND ELLIOT WAVE - FACT OR FICTION? YOU DECIDE!

Before you dig into this report please watch these two videos:

This one is a must see:

If you are interested in trading this is a very good one:

So the market has been trending down and finally today I had enough time to try to find the Eliot Waves to try to predict the next move, or to try to spot a new upward trend. I don’t have a lot of experience with Eliot Waves but l was able to find the following waves which seem to follow (most of) the Eliot wave rules for a down trend:

Note that the first bull wave 1 through five follows exactly all of the Eliot Wave rules forming a perfect example for waves 1 though 5.

We can see that right after wave 5 the retracement was at the 61.8% but the subsequent waves did not confirm a continuation of the up-trend. Therefore I drew a new possible 5 wave downtrend. These waves did not follow some of the rules but I drew them anyway.

In this portion of the trend I could identify four more downward waves and fifth wave was yet to be confirmed. By the time I had finished doing the graph the wave 5 had taken the price down to new lows!

Notice on the next graph if you use the Fib Extension tool on wave 4 you would have two possible target prices, one at 25.3K and a second at 24.3K

The price actually reached 24.64K. So remember that you can predict the next wave move using Fib Extension of the previous wave.

Sometimes it is difficult to find the Elitot Waves but there are many times when these waves can be clearly identified. Use the different time scales to look for these waves.

So it is late now and I must go to sleep!  I leave you with this last image.  Is this the beginning of 5 wave uptrend? 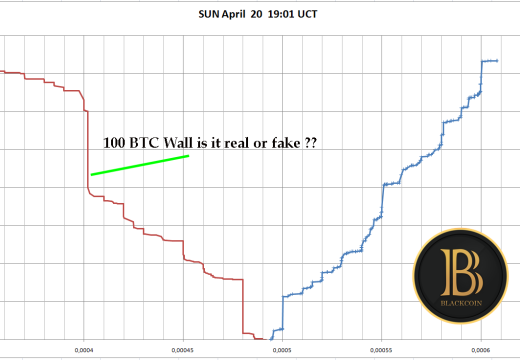 STRENGTHENING POSITION FOR BUYERS - A WORD OF CAUTION After that huge effort by the ...

UNABLE TO BREAK 53K - UNABLE TO HOLD 50k - CONSOLIDATION IN PROGRESS The short ...

STRONG PENNANT CHART FORMING - CONSOLIDATION IN PROGRESS   After the sharp price movements from ...