First of all, this interview has been done by Reddit/IRC  member GeekGrind. Thank you for the interview with Soepkip and the effort you have put into it!

In this interview, you can read Soepkips experiences as Community Manager in the beginning of Blackcoin. You can read why he is doing his very best to make Blackcoin a stable and secure coin. Since he is the voice of the community in the Blackcoin Foundation, he is explaining his role in Blackcoin nowadays.

Geekgrind: Thank you for taking the time to do this.  Please introduce yourself for those who may not already know.

Hi, I’m Rob Schins, known in the crypto world as Soepkip. I’m the Community Manager for BlackCoin and have been working on the coin every since I built the original website for BlackCoin, since then it’s been taking over my life in some sense, but i’m loving every minute of it.

Geekgrind: In the beginning, why did you chose to direct your efforts toward building BC instead of another coin?  What was the initial appeal?

Well I guess it’s just one of those moments in the universe where you are the one in the right spot at the right moment. Right after I finished the original website there was a demand for more services for the coin (since rat4 just released the coin itself and had stuff ‘around’ it) and with that demand I started the Community Bounty Fund.

BlackCoin then really started to grow with every Bounty that got filled and the trust in me as Soepkip grew with it, and the more we worked on it the more the value rose, so that was one of the initial appeals to doing this. Next to that there was no other coin that was as ‘empty’ as BlackCoin in this space, seeing the effect I had with these things on the coin I started loving it more and more and eventually a whole team grew around it.

Geekgrind: Now you act as the voice of the community in the Blackcoin Foundation and make sure the general consensus is being properly represented.  Is it hard weighing the demands of the community with the plans of the foundation or do they tend to coincide with each other?

I think the biggest issue with the demands of the community and the plans of the foundation is pure patience. People don’t have it in crypto world and expect features to be built overnight, managing those expectations is one of the hardest parts within my job and that is one of the big reasons why we don’t really like to do pre-announcements of things that are coming. We like to just deliver a finished and polished product so the amount of backlash, when features get bugs or when deadlines are not met are kept at a minimum..

Managing the general consensus is because of that actually not all that hard, I think what people do need to realize is that a coin like Bitcoin has a 5 year head start and has massive amounts of people and money working for them, as BlackCoin you are behind on that at the moment, but we are getting more and more professional interest in the coin on a weekly basis. This is true too for actual new innovations from partners that are outside of the ‘official’ team.

Geekgrind: Transparency is huge in the crypo world and you have proven that the foundation is striving to be as transparent as possible. I know there are many things in the works that are not being made public right now but can you please explain the factors that determine what is to be announced and when, and what is to be withheld until a later time?

As I’ve said earlier we like to do announcements when it’s 100% certain it will happen. Idea’s are a dime a dozen, and, as you might know, the execution of an actual idea is way more important than the idea itself. This is apparent if you look at a website like Facebook, they were late to the game but executed it in the best way possible and that is why they are the number one social network. On the other hand, many ideas are just are just that: ideas. We discuss anything that comes into our minds at length and sometimes a really cool idea just has a big point where actually realizing it becomes less interesting and the idea is dropped

The most important factor that determines if it goes into the public eye is knowing that it can be done in a certain time frame. Just like we’ve seen with the Coinkite donation drive or the MBA donation drive. We need to be sure the goal is attainable and then we release it. As for the Foundation itself we are currently looking for a Treasurer to keep a hold of all the donations we get and be transparent in the way these are spent.

Geekgrind: I read that there has been legal issues with the Black Shield.  If you are able, can you explain what they were, or at least do you think it is something that can be worked out legally?

We are working out some liability issues and figuring out the logistical infrastructure for the BlackShield at the moment. Expect more information in the future, right now the BlackCoinPool is focused on the automatic liquidation system and algorithmic trading. The internal tests have been very promising so far.

Geekgrind: Many people outside the community find the distribution of the BC to be off putting.  Is there anything you would like to say to help relieve some of their worries?  Does it worry you?

It’s something that has been talked about much in the past and people will be talking about in the future. First of all you have to realize that some of these big wallets actually are exchanges. Many people don’t even have a wallet and just keep their BlackCoin on the exchange (which is a huge security risk by the way), so expect many of these to be exchange wallets. Next to that: it has been over three months now, I think nearly every BlackCoin so far has at least exchanged hands once. People that invested big should be able to get a big reward, much like an angel investor takes a big risk when he invests in a new start up. Eventually, over time, the top heavy distribution will get better, but we are a long way off. The more success we get, the more the big wallets will start cashing out. Oh, and by the way, this distribution problem exists in Bitcoin, Litecoin and many other coins too. Not something I worry about really..

Geekgrind: There has been so much good news for BC recently and with no sign of letting up. Is there anything in the works that you are excited and able to talk about?

Yes there are things in the work that i’m very excited about, but for now it’s not 100% if it will go through, so I won’t talk about it just yet. No, not even a hint. However, another thing people should really take a look at is the BlackHalo project. I don’t think many people actually understand what it implies for BlackCoin as a whole but it is pretty damn big if you understand it’s meaning. A trustless exchange is what the world needs and will be getting with this system.

Geekgrind: With the Blackcoin Community growing rapidly every day is there anything you would like to say to welcome the newcomers?

Just ‘Hi’ and ‘Welcome’ mostly, but if you have a talent, something that you could use to help BlackCoin grow further, please come out and say so. We are always looking for talented coders, designers, marketers and writers. Invest and build is my motto, and it’s worked out pretty well for me so far!

Geekgrind: Thank you for this interview 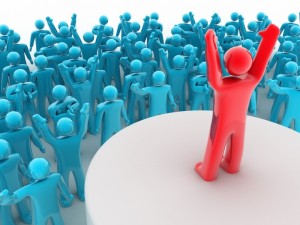 June 6, 2014 by Ralphvd Comments are off 3421 viewson Community Interview

First of all, this interview has been done by Reddit/IRC  member GeekGrind. Thank you for ...

Recently a new Blackcoin website has been released. we contacted the developer Auspex-NL. He is ...