Wow what a ride and this could continue but I chose to pause here to review the current situation.

Our previous support floors where tested by a big PANIC ATTACK from the SELLERS taking a quick profit.  I believe that this was also increased by big players to try to get enough panic selling to get more BC at lower prices.  I am sure some got burned and some not!

As expected the 47K breakout happened and was done with enough volume (800 BTC) which  surpassed the previous attempts that failed.  This was very good news and clearly showed new players willing to BET ON BLACK!

Unfortunately shortly after the 47K break out, which took us to 53K, there was a massive sell-off to take profits.  At this point all the big players where tripping each other to take all of the gains and leave everybody including the new money holding the bag.  The massive sell-off tested all our recently set support floors of 45K, 40K, and 37K.  The sell-off was then followed by a strong recovery reaching 53K.  The current situation is to construct a new support floor at 50K or to fall back to 47K.  It is difficult to predict but after that strong sell-of we may not be able to establish the 50K floor.

Here is the current position (at the time of writing) of Buyers and Sellers After the Battle. 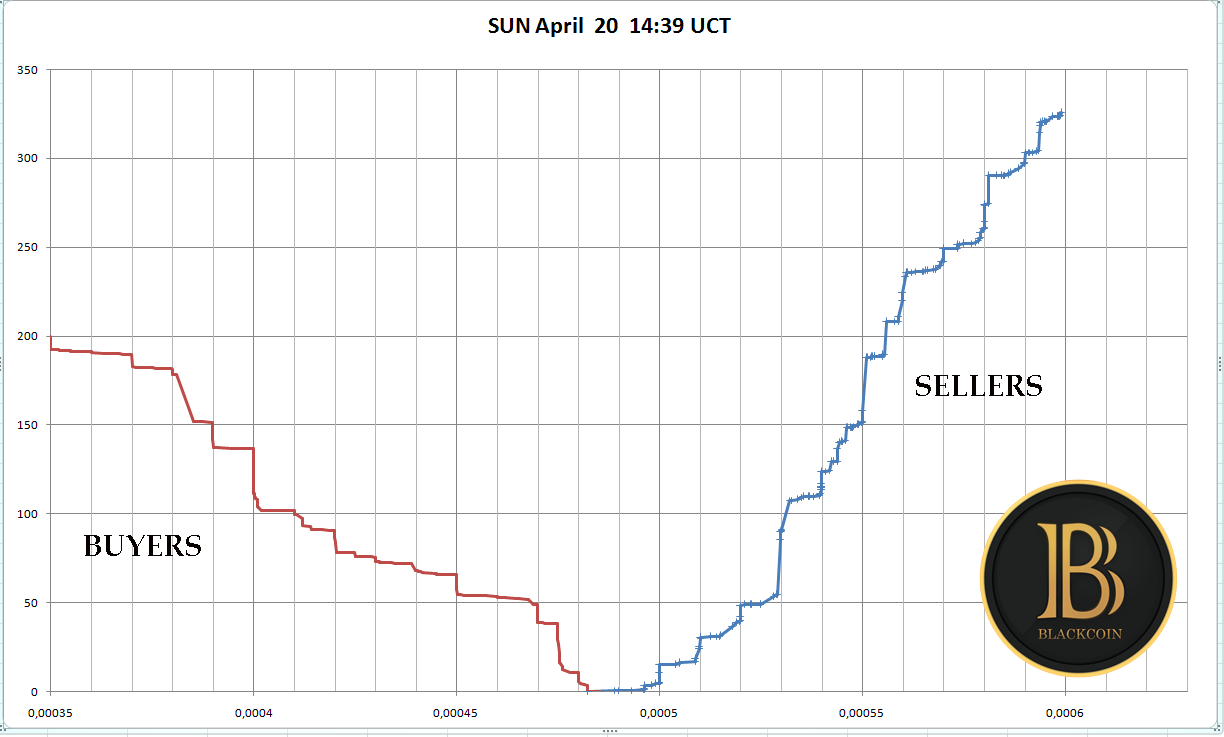 Now you are probably wondering why did we go so low?  That will happen when sellers get spread thin in the process and adrenaline of excitement taking their previous buy walls down to push the price further.

Here is the weak position of the buyers at the moment the sellers took us down: 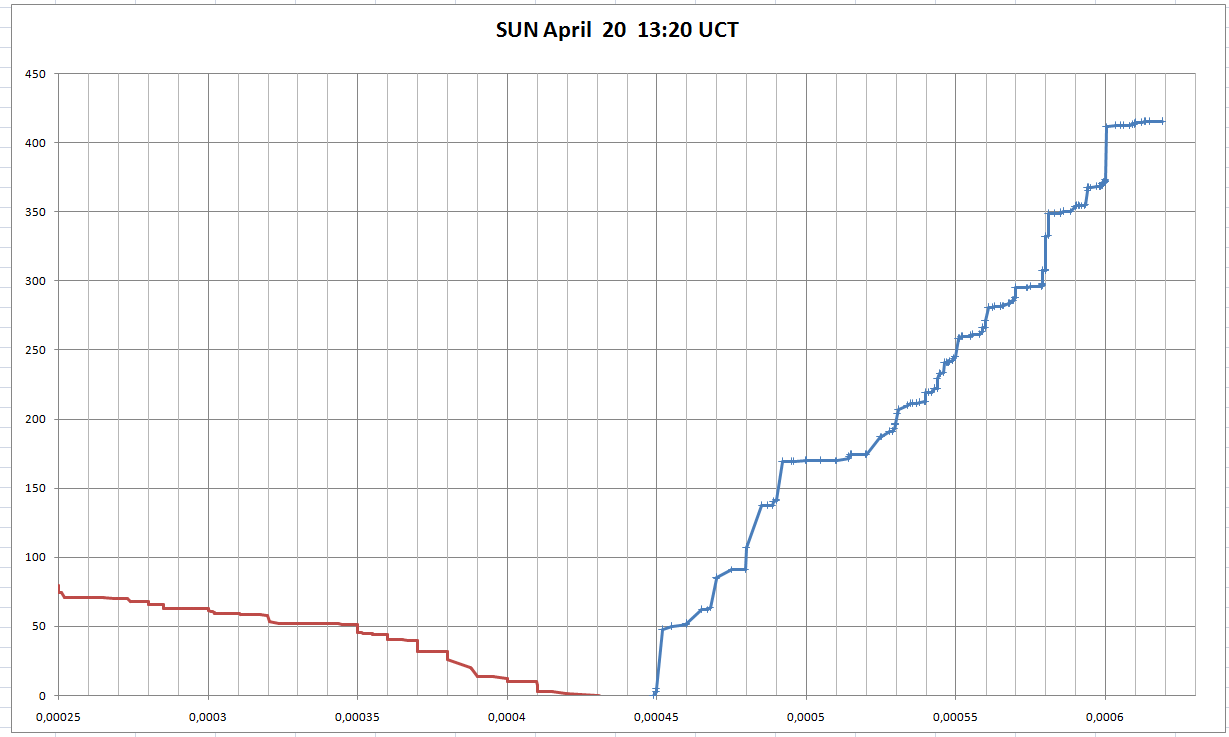 This was a very weak position, noticed that another 75 BTC sell could have taken us down to 25K!  The recovery came with the strengthen of a big player or players (maybe the ones that initiated this game) taking advantage of this time to buy all of the panicking sellers.  Indeed this was in my view a controlled situation in which the buyer waited to pull the trigger at a very low and important previously set floor 37K to 40K.  I clearly recall the seller putting more than 100 BTC wall to further scare the sellers!  HUGE MANIPULATION HERE!

I REPEAT what I said previously:

It is important to hold and strengthen gains before any attempts are made for the next push up.

April 20, 2014 by Buy-Black Comments are off 3183 viewson Technical Analysis by buy-black

FIBONACCI AND ELLIOT WAVE - FACT OR FICTION? YOU DECIDE! Before you dig into this ... 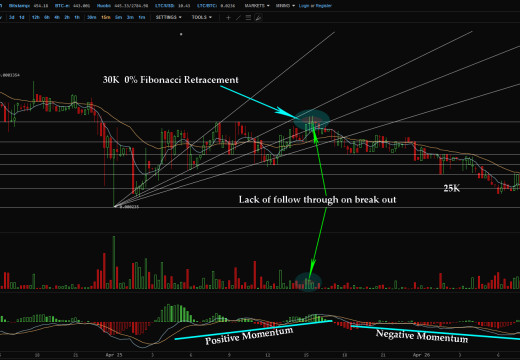 NEW BOTTOM FORMING?  NOTHING SURE YET! Previous positive signs of bottom and good fundamentals were ... 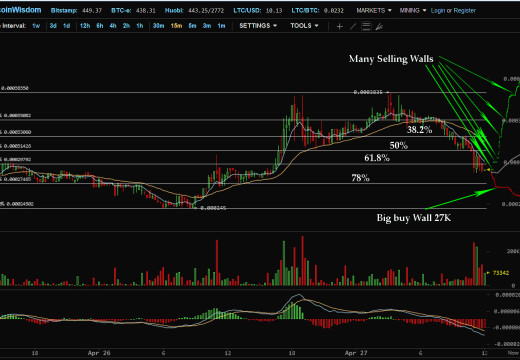 SELLER PUSHING THE MARKET DOWN WITH MANY SELLING WALLS - MARKET MANIPULATION?   We all ...