If you’re new to trading or just got back from a long vacation may not be familiar with what a multipool is. Blackcoin, which just had one of the most successful runs in crypto currency history, owes a large part of its success to the invention of the multipool.

Imagine you’re a miner. You really want a certain coin because you believe in its future. You might be able to mine it initially but if it’s not profitable (degree of difficulty, your rig specs, cost of electricity) then you’re better off mining a different coin, selling it for BTC, and buying the coin you wanted all along. With over 200 coins out there it becomes a hassle always mine the most profitable one. The solo miner needs to set up accounts for each coin, constantly monitor which is the most profitable, and then manually change what they’re mining. That’s where a multipool comes in — the miner donates his/her KHASH to the group and gets paid out in the coin he/she wanted all along. The multipool which will check sitesCoinWarz and CoinChoose to automatically select the most profitable coin and the group will mine the same one together. With more miners working together there is a great chance of finding a block and get paid out even more.

Before multipool things looked closer to this: 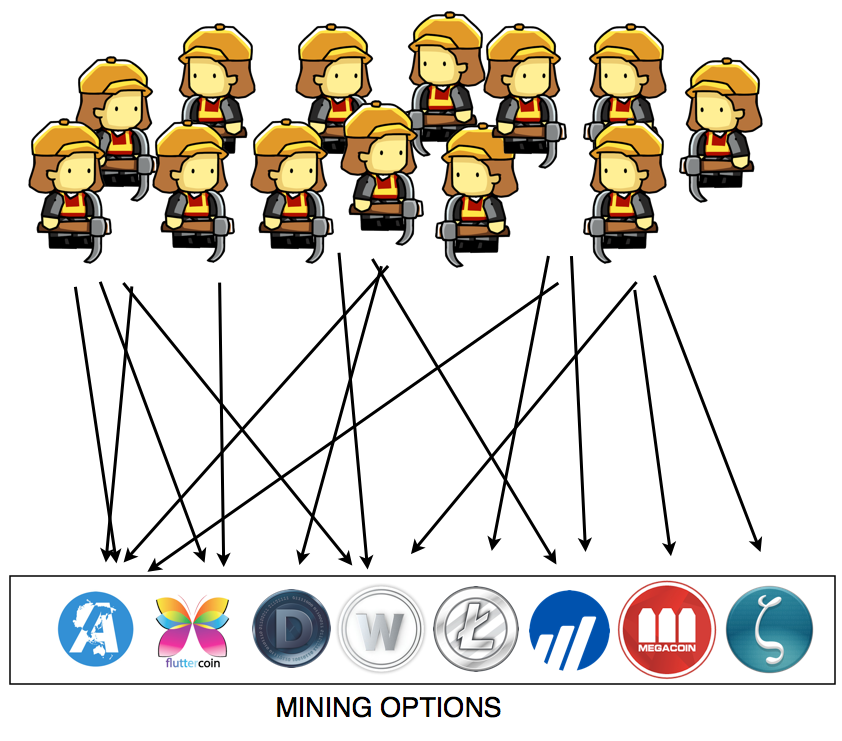 Then Blackcoin created the first multipool: 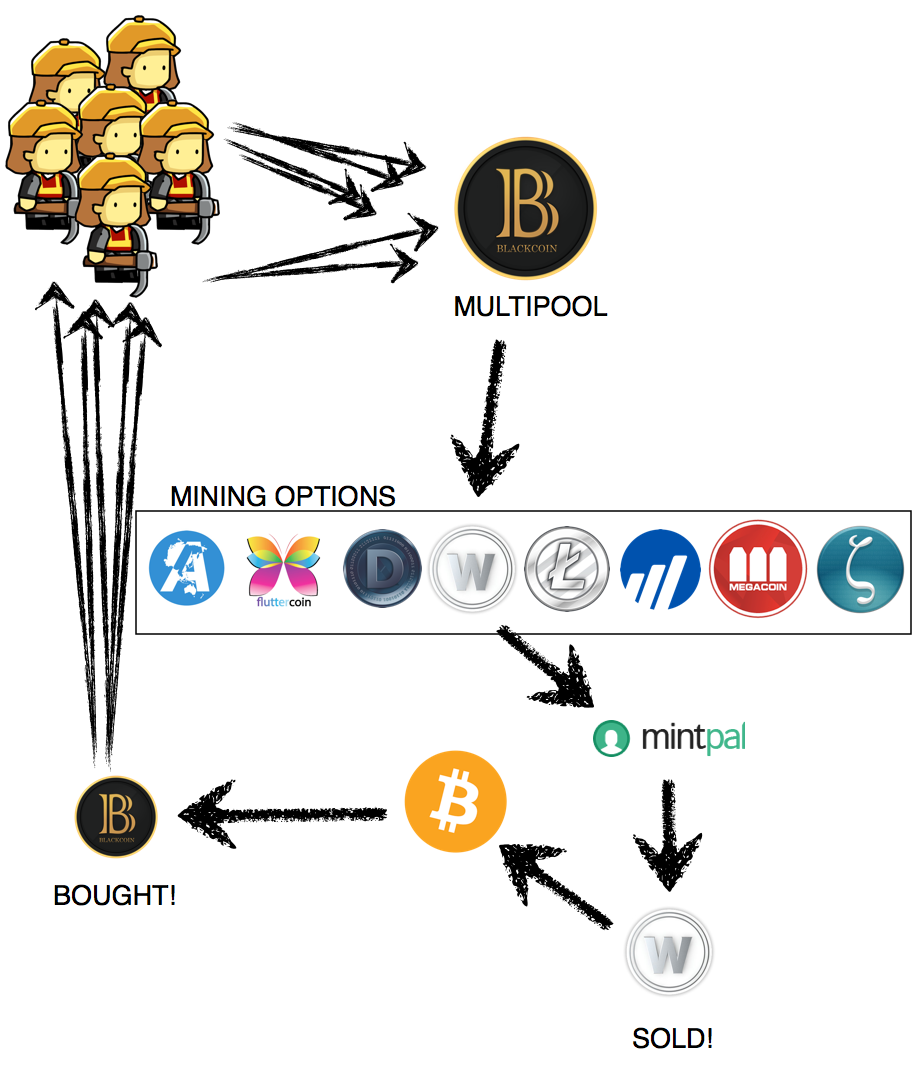 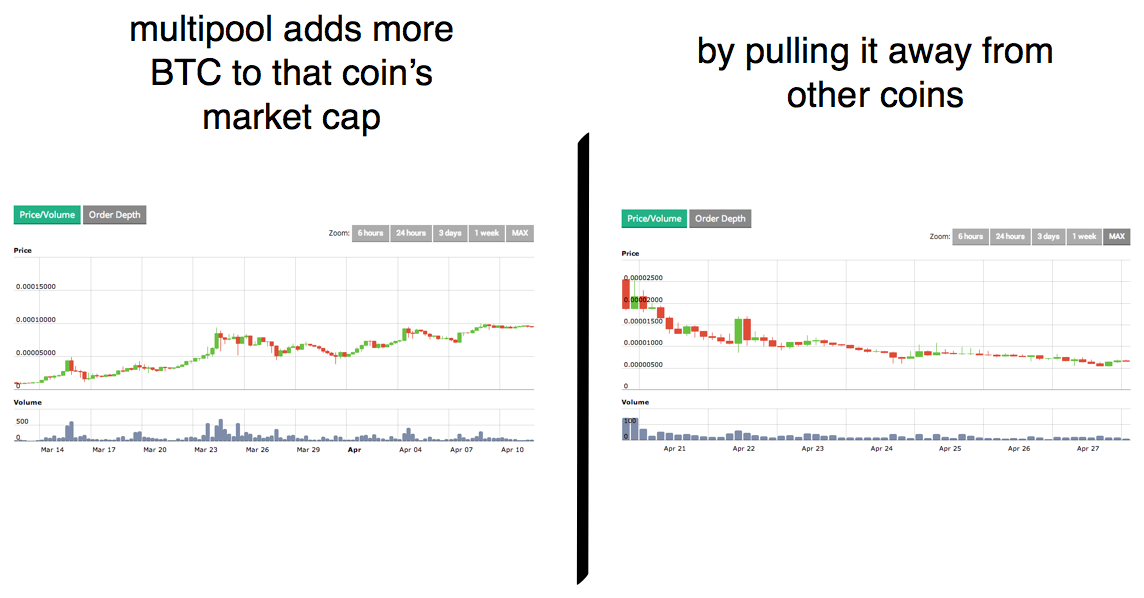 It was an instant hit. Blackcoin soared. 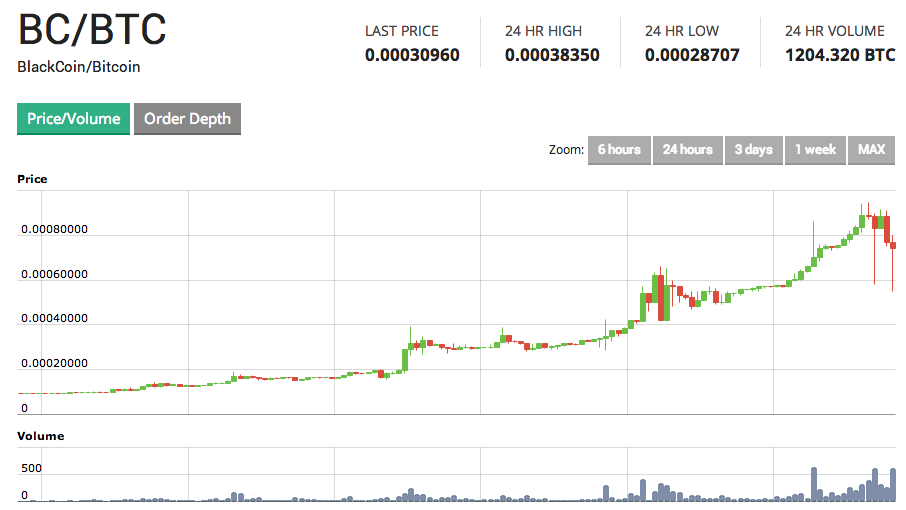 After Blackcoin’s incredible success, every coin wanted a multipool. Fluttercoin’s beta multipool launched last week. Whitecoin was supposed to have one until their dev team fled. Asiacoin’s multipool is launching this week (for a quick read on why I believe Asiacoin could go on a run higher than Blackcoin go here). Bitcointalk’s announcements thread is filled with coins adding multipools. 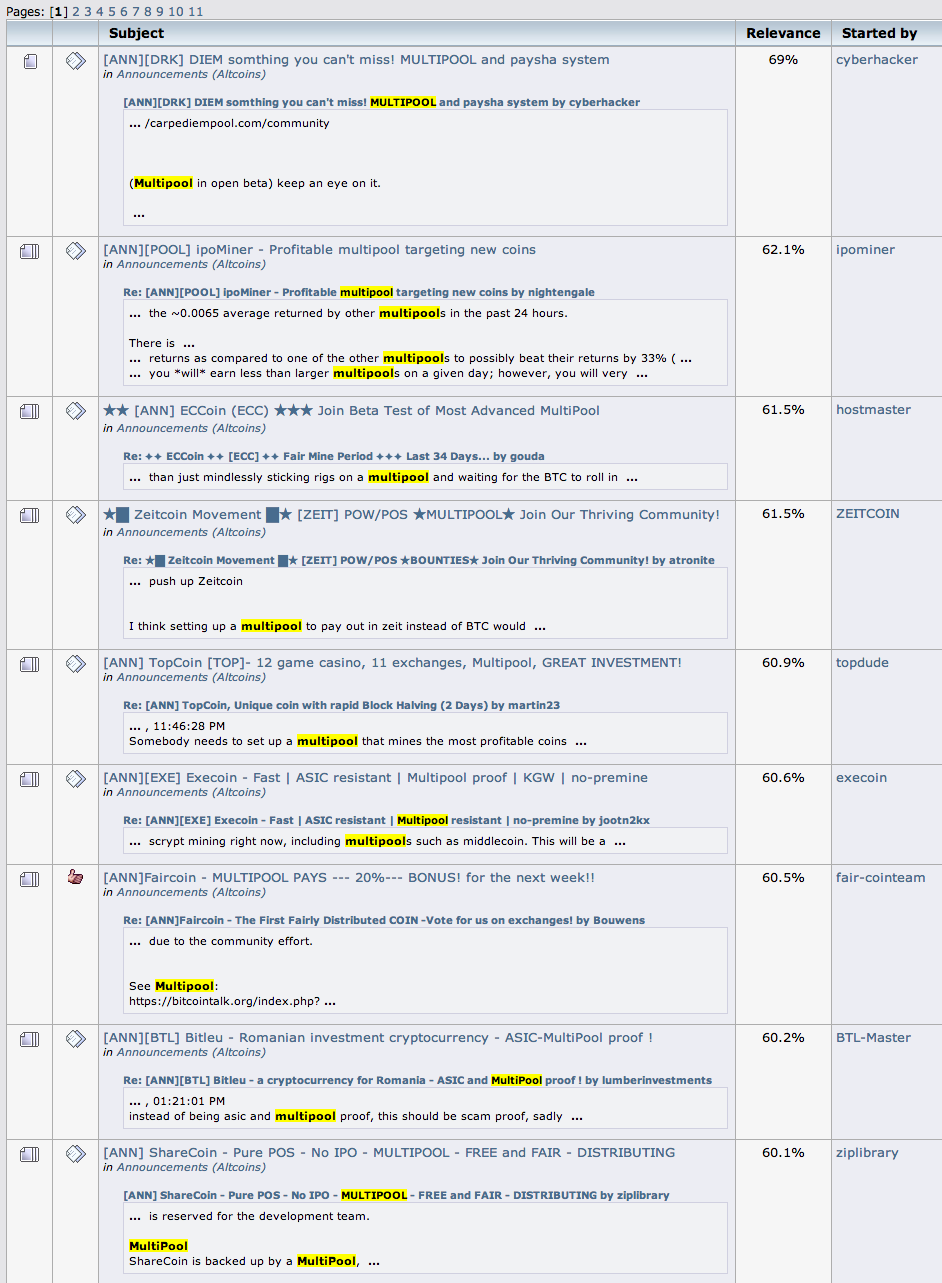 So what happens when multipools are everywhere?

Dumping is amplified onto the coin that is most profitable to mine at the moment. Right now Blackcoin is claiming to see about 20BTC added per day from their MP. With more miners joining multipools over the next several months I think it’s possible we could see 50-60 BTC per day sucked out from other coins. Although multipools frequently switch coins based on profitability — 90% of the mineable coins out there would be negatively affected even from just a 5 or 10 BTC dumped in a day.

As of 4/27/14—here are the few coins that have enough daily volume to weather MP dumping. 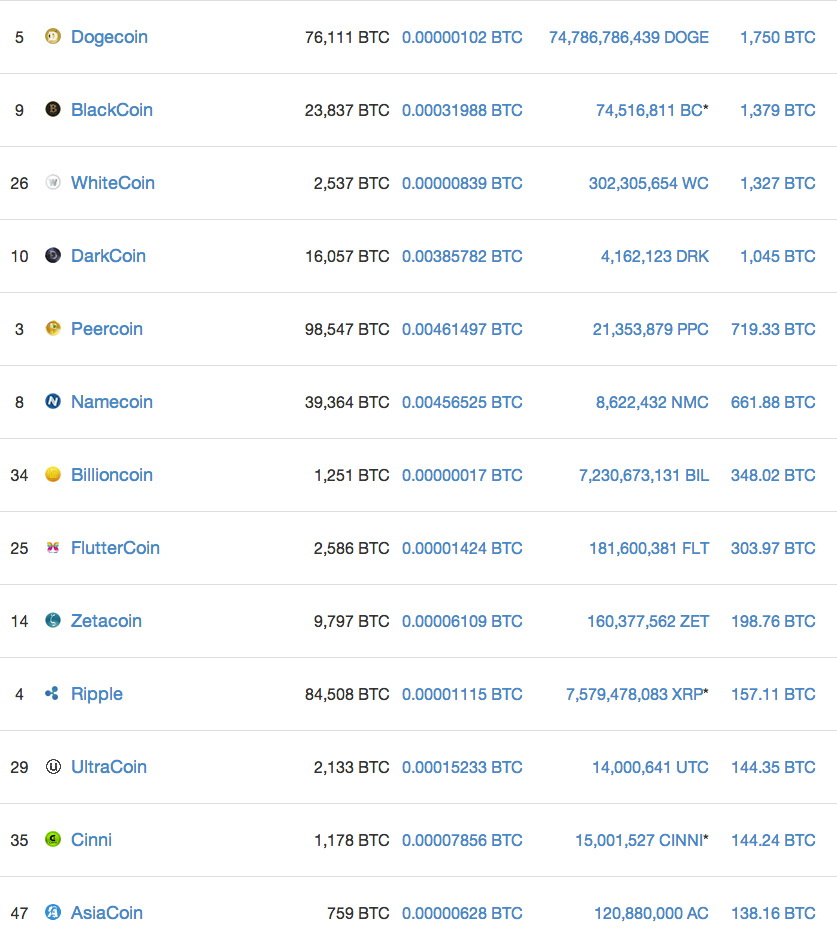 So what does all this mean to you as an investor?
Gravitate towards trading coins that have (or will have soon) strong multipools and low volume. Why? If we use Blackcoin’s history as our guide we know that a successful multipool has the potential to add 20BTC per day to that coin’s market cap. Let’s compare three coins from the above list to explain:

Blackcoin has a strong multipool and HIGH volume (1000+) 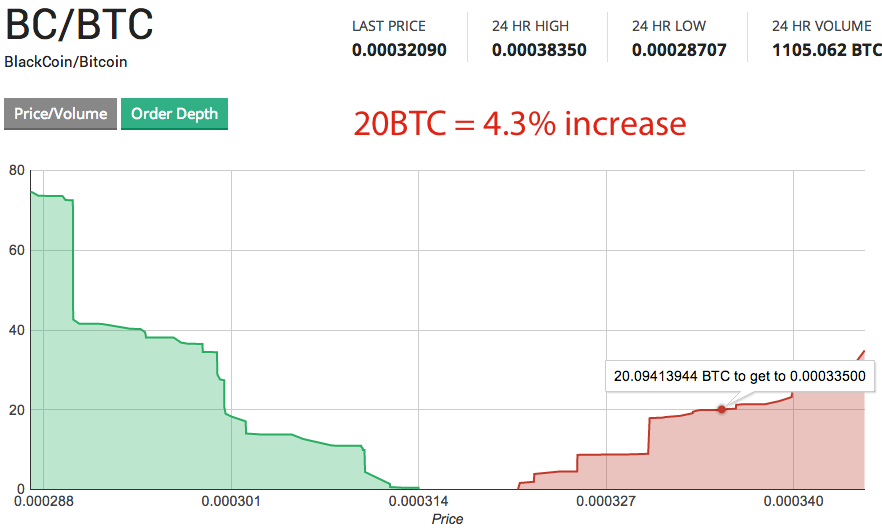 With 20BTC added that amounts to 4.3% increase in price.
Final thoughts
A strong multipool is one of the biggest advantages that a coin can have today while its daily volume is still under 200BTC. Blackcoin is clearly the most established at the moment, but newcomers like Asiacoin provide higher upside to miners. It’s will be interesting what happens to Blackcoin’s multipool. I don’t believe miners have “coin-loyalty” and will switch to the next multipool the moment it becomes advantageous to do so.

Once a coin reaches a certain level of success, the multipool becomes less important. Blackcoin is doing so much daily volume that losing 20BTC is negligible. Of the three examples mentioned I believe Asiacoin is the best investment at the moment with MP coming Wednesday. It has yet to even have its first serious run up. I’m continuing to add to my collection of 750,000 AC. This week should be fun.

Credits to the orignal author Cryptobull for this amazing article! You can check the original post here.

Another alternative cryptocurrency has been added to the Coinkite point-of-sale systems, hinting the altcoin’s possible ...

Vizique is giving away Blackcoin vouchers for Coinkite: Over the course of the next week ...