Photo Credits: Go to Gritt from the BlackCoin Foundation for this little guy and his kite

BlackCoin, the little PoS coin that could, is finally on its course to the beautiful endless bounty that is digital currency space. Thanks to the great folks at CoinKite! It was a match made in the stars; BlackCoin was poised to be the perfect utility for merchants. BlackCoin is efficient, secure and most importantly — fast. These specific attributes appealed greatly to the kind folks at CoinKite, and the rest from there is, how they say - history.

The great team at CoinKite decided on a contest to determine which Altcoin they would be supporting next on April 8th. They had a laundry list of criteria — which luckily — BlackCoin fit the bill on all accounts.

Finally, we need you to put your money where your mouth is! We’ve setup a pool for each candidate altcoin, and the first which accumulates more than ฿25 in value wins. You can vote by contributing coins, or simply by increasing the value of your altcoin relative to Bitcoin on the exchanges and in real life.

Up to 75% will be used to fund development and testing costs, and remainder donated to a charity of our choice.

If a coin doesn’t reach the goal in 3 months (May 1st, 2014) the entire balance for that coin will go to charity.

Following the start of the contest, no less than mere hours later, the BlackCoin community rallied together and secured a total of 265,372 BLK (or BC, more on this later), valued at more than 25BTC  at today’s exchange rates. A record breaking effort from the BlackCoin community; that amount of BlackCoin would be well over 75BTC in value at todays prices. That is a 3x gain over the price since April 8th.  Impressive, to say the very least.

Now, although the additional criteria was fulfilled rather quickly, that does not mean that this implementation did not have some form of community backlash. People in the community argued the rule that requiring BlackCoin to have a 3 letter code was unnecessary, upsetting some users in the community who maintain a special attachment to the current use of ‘BC’. Some stating that having CoinKite implement the acronym ‘BLK’, instead of the commonly used ‘BC’, as “pointless” - and would only frustrate and confuse current users of BlackCoin. The arguments against that have been the long term vision of BlackCoin as a financial device, and how the normal nomenclature calls for a 3 letter code to signify BlackCoin on tickers and other financial systems. Although many can understand certain community members attachment to the old BC symbol, CoinKite needing to have BLK as its ticker is still in its infancy. The issue could certainly smooth itself out over time as more merchant services copy CoinKite and use the ticker BLK in lieu of BC. Ultimately, only time will tell the outcome of this small issue.

More Than Just A Processing Service

Why is BlackCoin’s partnership with CoinKite just so pivotal to the BlackCoin ecosystem when companies like Coinbase and BitPay already exist to serve any capacity of merchants? The importance here, lies in the unique approach that the creators of CoinKite are choosing to implement. Not only is CoinKite a payment processor/web wallet exchange; but instead of just processing Bitcoin like its competitors, CoinKite also accepts Litecoin and Blackcoin. However, it doesn’t just stop there. CoinKite provides a digital currency debit card-esque solution in addition to it’s aforementioned web wallet. 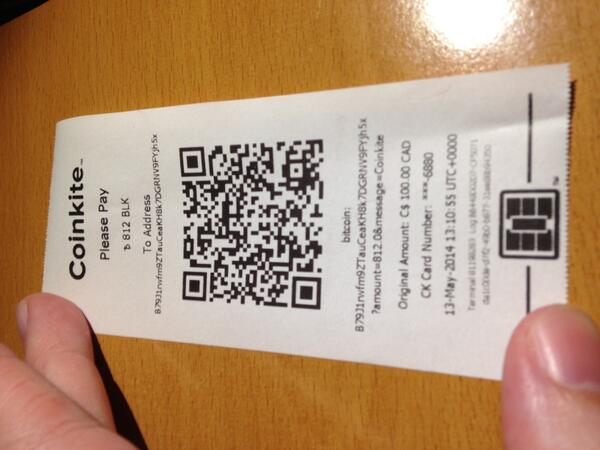 The CoinKite card, in essence - is your portable, non-digital wallet to access your coins when you’re on the go. Users can accept BlackCoin/Bitcoin/Litecoin from friends, family, as well as use them with participating merchants. This allows the remaining 99% of the worlds population to be able to access their funds without the use of the internet. This also alleviates Apple’s current blockade of wallet based apps from its App Store, making it so even the iPhone crowd can review their balance from a browser or CoinKite iOS app (if these opt to release one in the future) and still be able to use their digital currency. The alienation of the 99% of users who have frankly never heard of digital currencies will not end unless the killer app, or the killer product is made to merge that bridge between geek utility, into fully functioning monetary alternative.

You can also use a CoinKite branded terminal for the acceptance of digital currencies at your store, too! These terminals are available for purchase directly from CoinKite. This means that any merchant wishing to take advantage of BlackCoin’s blazing fast transaction speeds (when compared to the competition), as well as reaping the benefits of adopting BlackCoin while it is still in its infancy can do so. This allows the opportunity in making exponential gains with possible future rises in BLK’s price for holding a percentage of sales in BLK in lieu of a direct conversion into fiat currencies. Merchant’s also escape from all the credit cards fees and other fees from their participating financial institutions — allowing smaller businesses to operate with less overhead (aside from the subscription with CoinKite). CoinKite and Blackcoin is the perfect combination for any new or existing merchant!

A video of the CoinKite terminal in action: CoinKite Terminal Demo 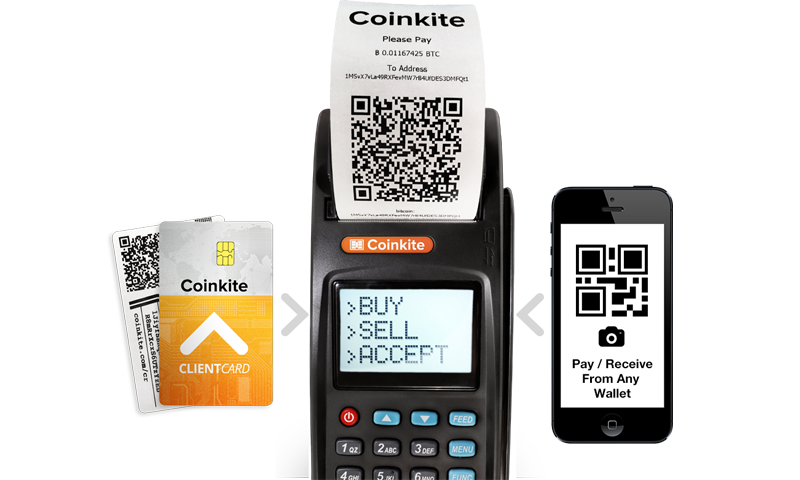 What’s in it for the average joe who wants to get into digital currency?

This is the biggest part! CoinKite and BlackCoin’s partnership allows for the ultimate in place and form utility. You are able to control your funds directly from CoinKite’s site, monitoring all out-going spending and receiving right from the site. With the addition of the debit card; allowing new users to spend their newfound digital currency will be easier than ever! CoinKite’s awesome platform allows you to be able to completely have control of your finances with the push of a button, making the introduction into digital currency a little more like having a bank account/debit card — relieving some of the stress and learning curve that is usually associated with learning to use BlackCoin (setting up your wallet, downloading the blockchain, learning about private/public keys). Those things can immediately turn off new potential users. That is why CoinKite is the best vehicle to launch BlackCoin forward into mass adoption.

BlackCoin and CoinKite’s partnership is just the tip of the iceberg of the potential that joint ventures such as this can do for the future development of BlackCoin. The more that people can see the power of BlackCoin and what it can do for merchants; the faster we can get additional businesses into the ecosystem, increasing the number of unique transactions. Getting the holders of BlackCoin to spend their precious coins is going to be arduous at this point going forward as the price continues to make leaps and bounds with each new announcement. The more ways for them to spend their coins, the better.

The big day is June 1st! Expect an announcement in an official capacity coming from CoinKite on that day from either their main site, or their Twitter.

If you care to learn more about CoinKite, and all the services their product provides — visit: Here

Latest posts by McKie (see all)

Why BlackCoin has a bright future

A note on the current cryptocurrency environment and why BlackCoin has a bright future. Today’s ...

Weeks ago I suggested in IRC that we make crop circles all over the world ...