BlackCoin Review or Why It Could Be the Next Big Thing?

The new cryptocurrencies appear every day, some of those being created only with the goal of making a quick buck, while others come with different features from the ones that already exist for other cryptos. BlackCoin appeared a few months ago, and it became the third most traded cryptocurrency, taking the third place owned by Dogecoin for quite a while. BlackCoin and its derived cryptos were the only coins that performed during the latest days, when the Bitcoin and other PoW altcoins suffered because of the Chinese rumors. This is why it deserves a Blackcoin Review on CryptoPips

Why is BlackCoin different?

First, it was not created with the goal of making profits and disappearing. With volumes of $500 000 worth of blackcoins traded in a single day and with a market cap of 3 million dollars, the value of blackcoins grow with 10-15% a day, which says something about the interest of traders.

BlackCoin is created under the Scrypt algorithm, already used by Litecoin and its derived cryptos. It was not premined, but this was not a problem when 20-30 GH/second of computational power was allotted to the coin. It was a big effort of some people that believed in the new crypto, which convinced all the major exchanges that they need this coin in their trading pool.

The transactions with blackcoins are made in less than 10 seconds, so it is a fast coin. A block is generated in one minute, and the difficulty changes after every block. There is an interest stake of 1% annually, and a transaction fee of minimum 0.0001 BC. The transactions are made after 10 confirmations.

There is no halving for this coin, so the miners will get the same reward after years. You can start mining this coin using the next links:

Of course, you must also join a pool, and you can choose one of the following:

Even if it is a relatively new coin, it attracted the attention of many people. The new community has the possibility to win free blackcoins with the next faucets:

but there are many other methods to earn free coins, if you join the BlackCoin official forum. Once you have your free blackcoins, you can try the next games where you will find good use for those:

Spending blackcoins is important for the healthy start of this coin, so feel free to use your coins here. Yes, they are becoming more expensive and spending them might not be such a great thing for some, but spending coins is important now to keep the community alive.

There are many exchanges where you can buy and sell blackcoins, but we will only state the best of them:

Why is it unique?

The 1% annual interest is applied for people that keep their blackcoin wallets opened. If a blackcoin is kept in an opened wallet for 8 hours, it will become “mature”, and it will gain the 1% interest. This is the true unique facility of this coin, which encourages people to keep wallets opened and to make transactions. The principle of open wallets is new, and it seems like it is a popular idea as long as so many people started to mine this thing.

What are the risks?

Without the Proof of Work algorithm, the coin might be a little insecure at the moment. However, even if the interest about the coin grew, there were no serious attempts to attack it, which says something about the power of the algorithm. There are many smart people, developers and programmers in the BlackCoin community and those will work to improve the reputation and security of the coin. The altcoin resisted its first problem, when 1.5 million coins were stolen because of a breach in the system. It was solved, but some people got scammed with some good coins.

By replacing the need for Proof of Work with the validation system of opened wallets, the security feature was improved. There is no need to mine with thousands of computers to keep the coin alive. Yes, it might mean that some will have to keep the computers on for a long time, but it is definitely a smaller consumption than the one generated by ASIC miners.

The BlackCoin Foundation will be created soon. This foundation wants to support smart internet and script developing ideas, and to offer the developers a chance to be appreciated. It will not be a charity coin, and if there is a coin that can replace bitcoin as the most important altcoin around, then BlackCoin is the one.

Official article can be found here 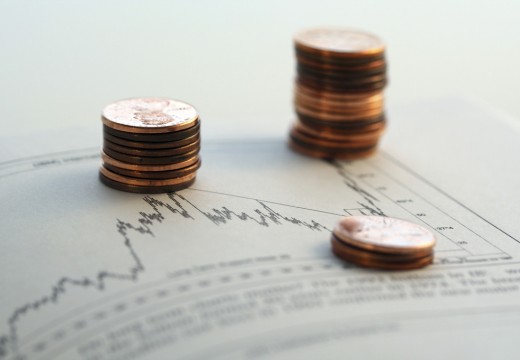 Is This the Time to Invest in Blackcoin?

Altcoins are always a wild ride. Every day some new altcoins are launched and ...

If you’ve been around alternative cryptocurrencies for any amount of time you’re probably aware of the ...